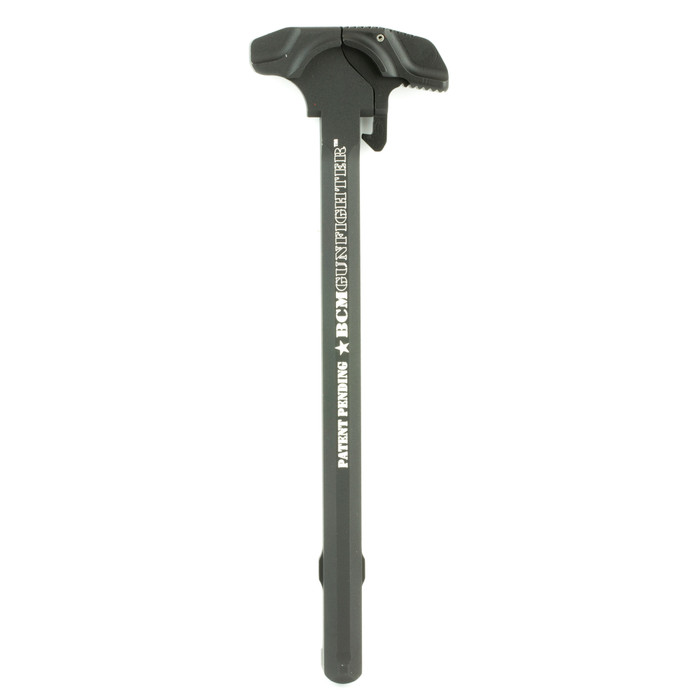 A Charging Handle for the 21st Century Gun Fighter

The Mod 3x3 latches extend past the main body of the charging handle by approximately 1.14".

The Mod 4x4 latches extend past the main body of the charging handle by approximately .91".

For comparison a USGI handle latch extended past the main body of the charging handle by approximately .85""

Driven by over a decade of feedback from real-world combat operations, BCM® has made continual design refinements and structural improvements to the charging handle in the M4 and M16 to address the current manual of arms for the weapon system.

Optimizing the contours into a snag-free profile that facilitates immediate manipulation with and end user s reaction side grip. The range of BCMGUNFIGHTER™ Charging Handles is available with both ambidextrous and MIL-SPEC controls.

Redesigned to eliminate the load on the pivot pin (like USGI handle fitted with an extended latch) and keep the energy from charging close the centerline of the carbine/rifle, BCMGUNFIGHTER Charging Handles provides an larger uninterrupted engagement surface with a smaller silhouette.

The BCMGUNFIGHTER Charging handle is made by Bravo Company MFG, Inc in the USA.